Notice of Paid Union Meeting and NCEA Accord Days

Notice of Paid Union Meeting and NCEA Accord Days

The PPTA Regional Paid Union Meeting for Christchurch secondary school teachers is to be held on Tuesday 29 November from 9am – 11am.  This means that there will be no Period 1, 2 or 3 and school will commence at 11:35am (Period 4) for all Year 9 and 10 students.  Limited supervision may be offered on Tuesday morning to students whose parents request it by emailing [email protected]

NCEA exams will continue as scheduled on these three days.

As a result of a recent review to look at managing the likelihood of overcrowding, the board of Papanui High School has adopted an amendment to its current enrolment scheme that has been approved by the Secretary for Education.

Under this scheme, students will be enrolled if they live within the home zone which predominately remains the same, with a minor expansion of the zone in the Northern end.

The enrolment of out-of-zone students is governed by the provisions of the Education Act 1989.

Please look at the maps below for information about the zone boundaries. 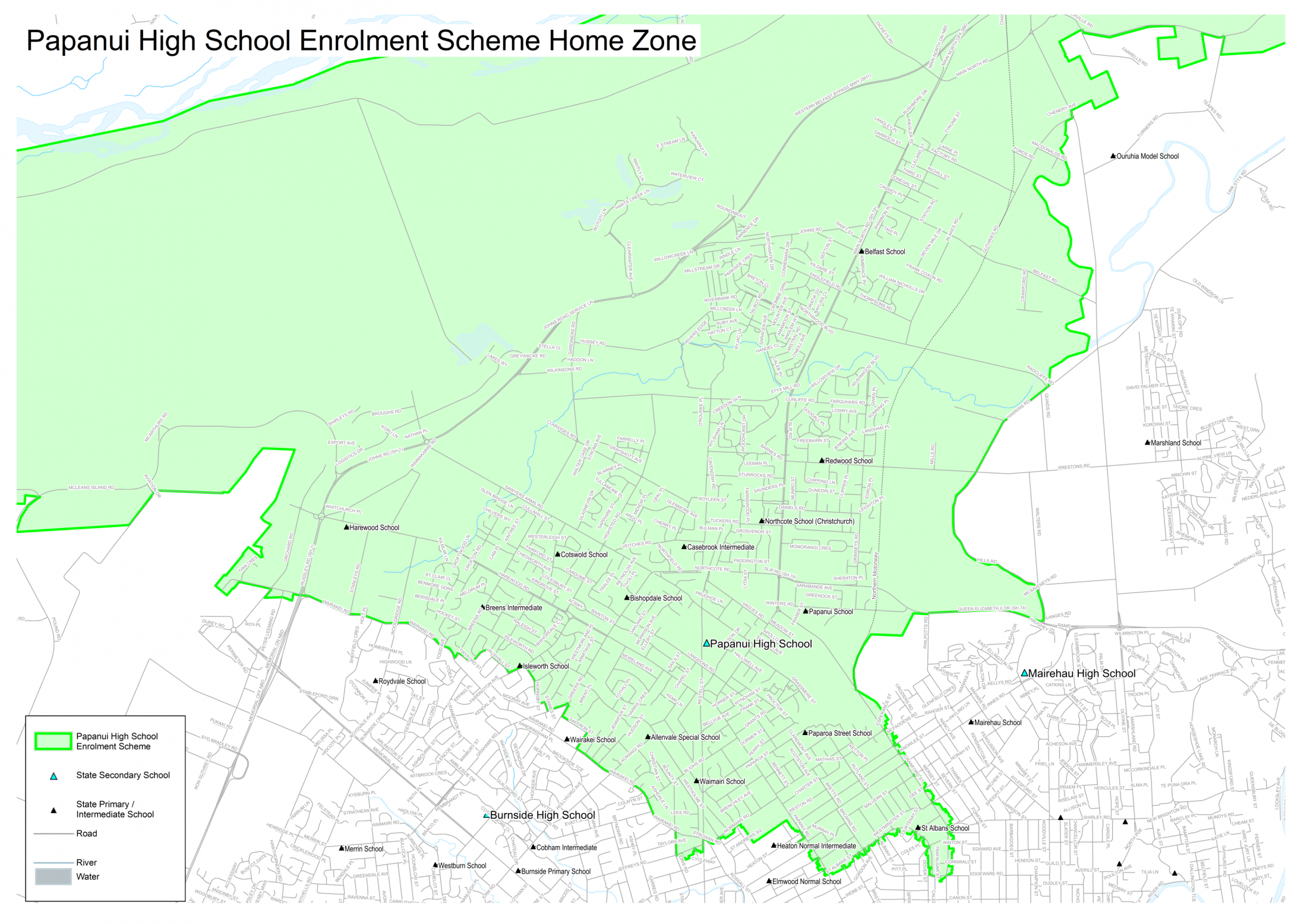 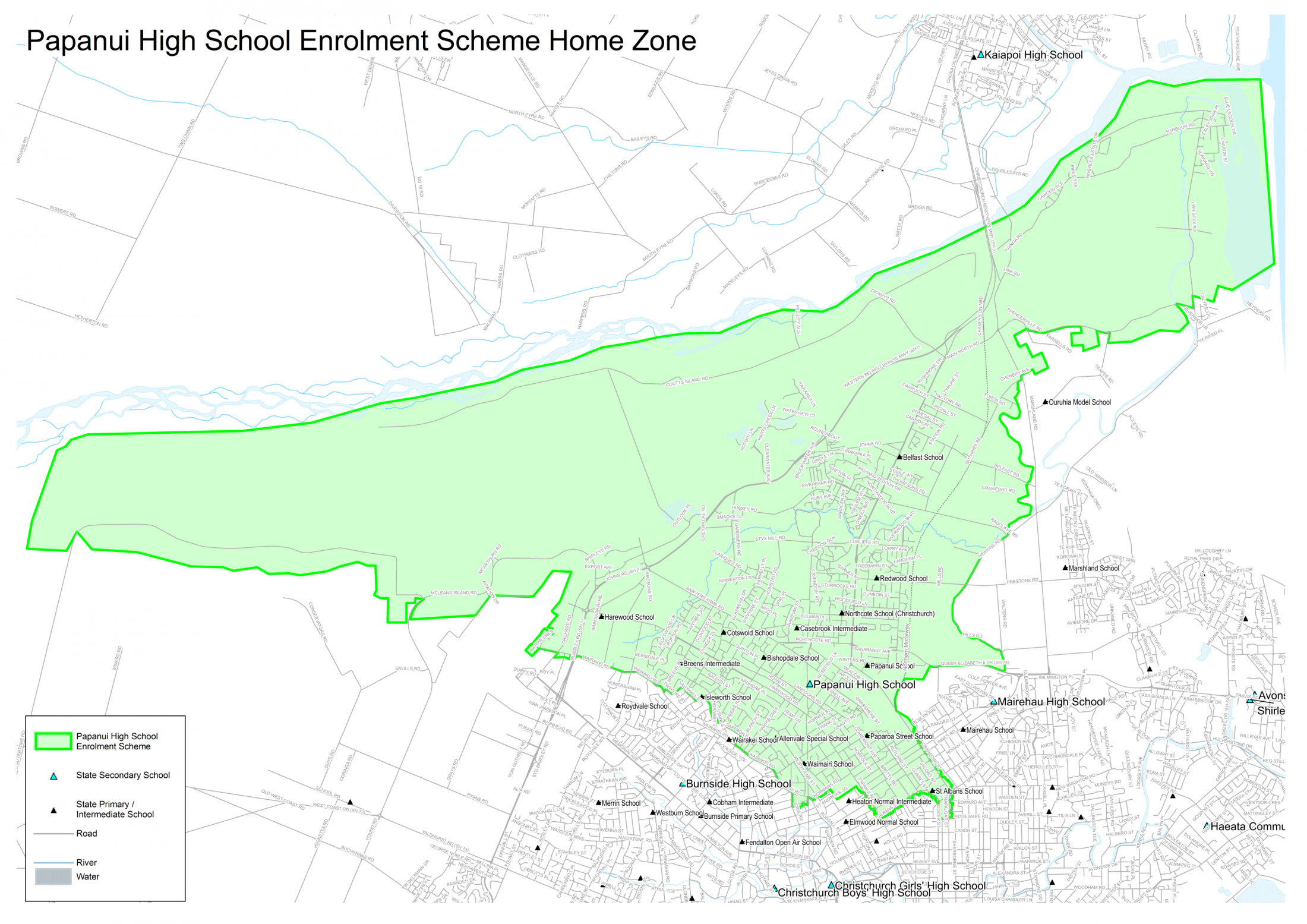 All students who live within the home zone described below (and shown on the attached map) shall be eligible to enrol at the school.

From the intersection of Russley Road / Johns Road (SH1) with Harewood Road;

Addresses on both sides of boundary roads are considered in-zone unless specified otherwise.