Congratulations to Jayda Stewart of Year 12 (right), who has been selected in the final squad for the FIFA U17 Women’s World Cup in Uruguay in November. We wish her all the best and look forward to hearing how it all goes on her return. This was Claudia’s first time competing at a kayaking event.  The girls were able to represent the school, with Jess and Claudia competing together in an U18 K2, 200 m (pictured below) in which they were third and the U18 K2 500 (4th).  It was a fun weekend with lots of racing. She and her sister Caitlin were also in the winning Springston Trophy team last weekend in Oamaru. This is a pony club competition where 40 teams (teams of 6 riders) from all over the south island come to compete for the trophy. 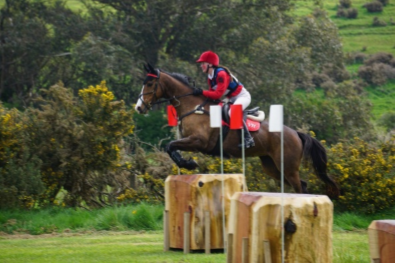 Congratulations to all students that were named as finalists at the 2018 Zonta Awards who will be attending the Awards evening next Thursday 25th Oct at the Hornby Working Men’s Club:

Category 1 - Most Valued Contribution to a Team

Category 3 - Most Outstanding Achievement with a Disability

Category 4 - Most Outstanding Achievement in one sport

Year 11 Boys – were defeated by Hornby

Junior Girls – were defeated by CGHS

Started up on Monday with enough students and teachers to make up six teams. A great start with it being the first day of term. This will continue from Week 3 (with next Monday being a public holiday) where staff will allocate students a team to play in for the coming weeks.